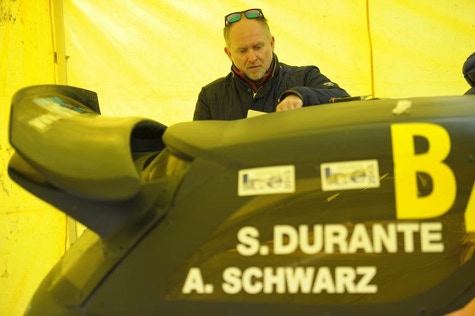 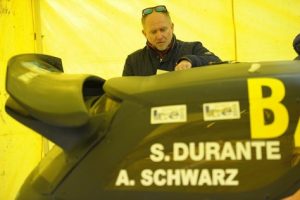 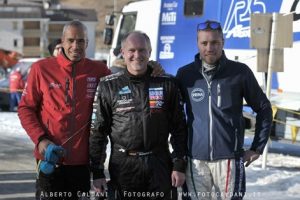 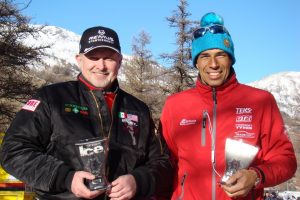 Armin and Sergio in action at the ICE SERIES

The ring of Pragelato proposed a vibrant race, with a perfect ice thanks to the cold temperatures that have characterized the weekend. Three heats all three signed by Ivan Carmelino, who once again has put all his enemies with their backs to the wall. The point by the Marcauto was perfect and the driver did not commit the slightest mistake.

Armin Schwarz was the author of a starting pyrotechnics, second overall in a matter of seconds from Carmellino, showing the public that he is still the great champion of the time of the WRC. Unfortunately in the second race he was forced to remain in post for a structural failure that sent KO the alternator. Otherwise he would have been the game to the end.

Sergio Durante, fourth overall, managed a difficult day facing a structural problems during the second race, that slow down his DS3, then a third race without powersteering.

Second place overall went to the Opel Astra Aldo PIstono relegating the third step of the podium Luciano Cobbe. The pilot Veneto his second race absolute ice, the first behind the wheel of the Ford Focus WRC, has proven to handle even on the ice.

Among the cars in the IRC class 4 an excellent Alex Pregnolato perform a pefect race. While in Class 3 or reserved for N production cars is Sergio Luca Maspoli that did very well.

In WSC International to raise its voice is the Fiat Panda Piergiacomo Riva. While among all along the grouping “Promotion” it is the VW Golf Mattia Cola in breaking solo.