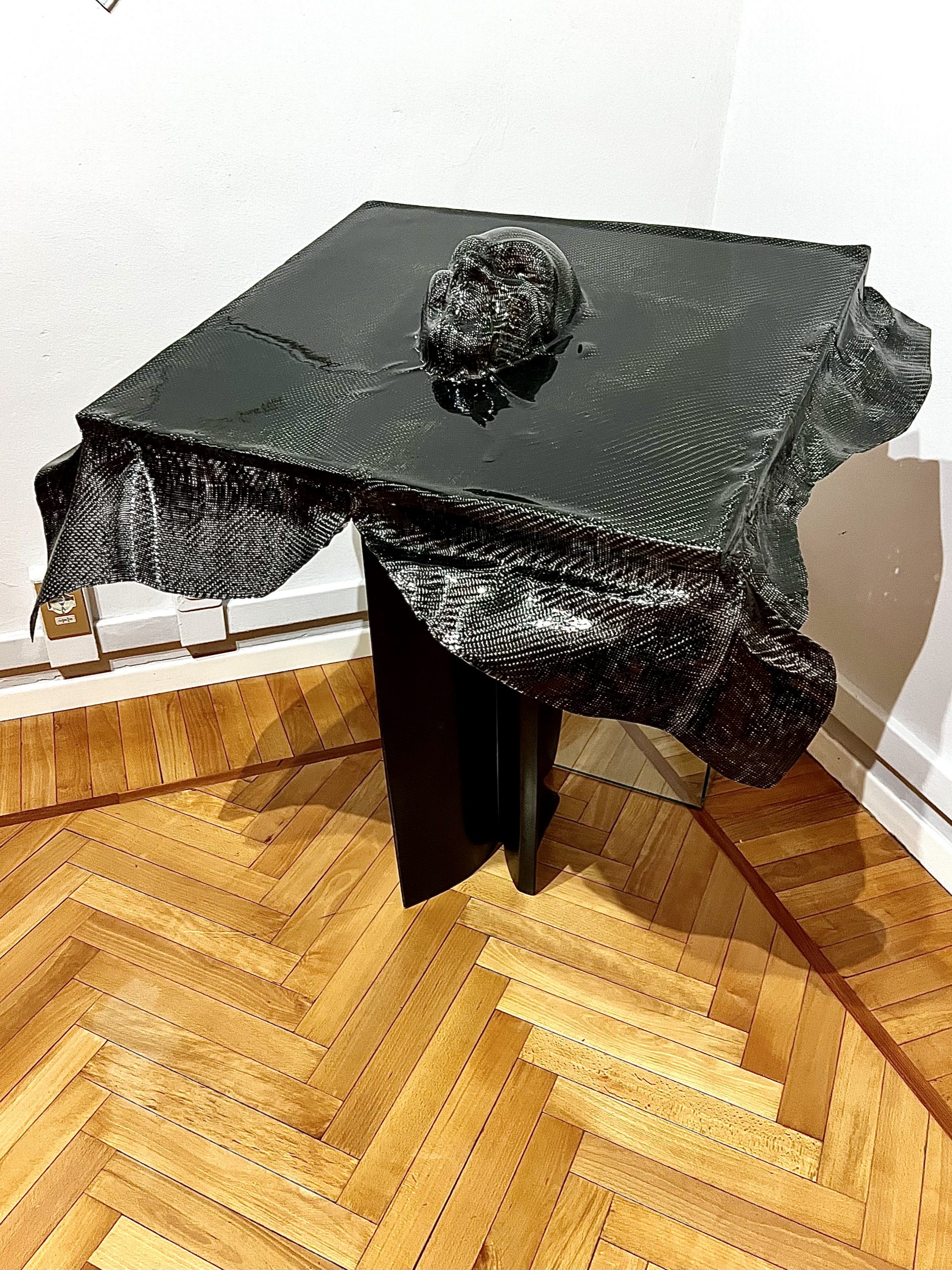 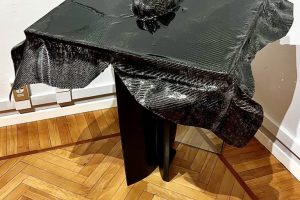 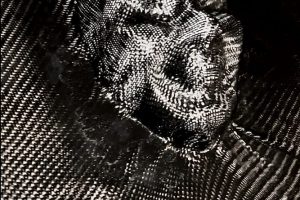 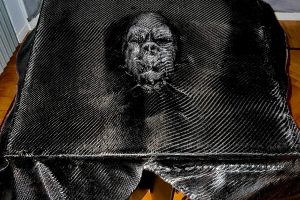 As already highlighted in the Napster, man is, at the same time, a fugitive from danger but greedy for gains. The creepy AVATAR represents, at the same time, a virtuosity in the processing of recycled carbon fibers, and an extremely impressive and visually powerful work. Entirely made of recycled carbon, it rests on another carbon work that develops vertically in three dimensions.

The AVATAR, as a mask and disguise for which anyone can be anything, may appear to be an instrument of freedom, revenge and catharsis. But no: it imprisons and forces us into a false and inconsistent reality. In his investigation, White Blood reveals the deception and through art staging the opposite process. It is the avatar, the fictional character who exists only in the metaverse, who now emerges to become more concrete and tangible than reality itself. The shapeless magma of carbon fiber lends itself perfectly to immortalizing the moment in which the lie is revealed and becomes a physical object by appropriating a material, recycled carbon, which belonged to something that is no longer in the world and which now adapts to represent an object of the imagination that comes to life.

« The ’Pfizer Inc.’ Artwork» R&D on next generation of executive jets