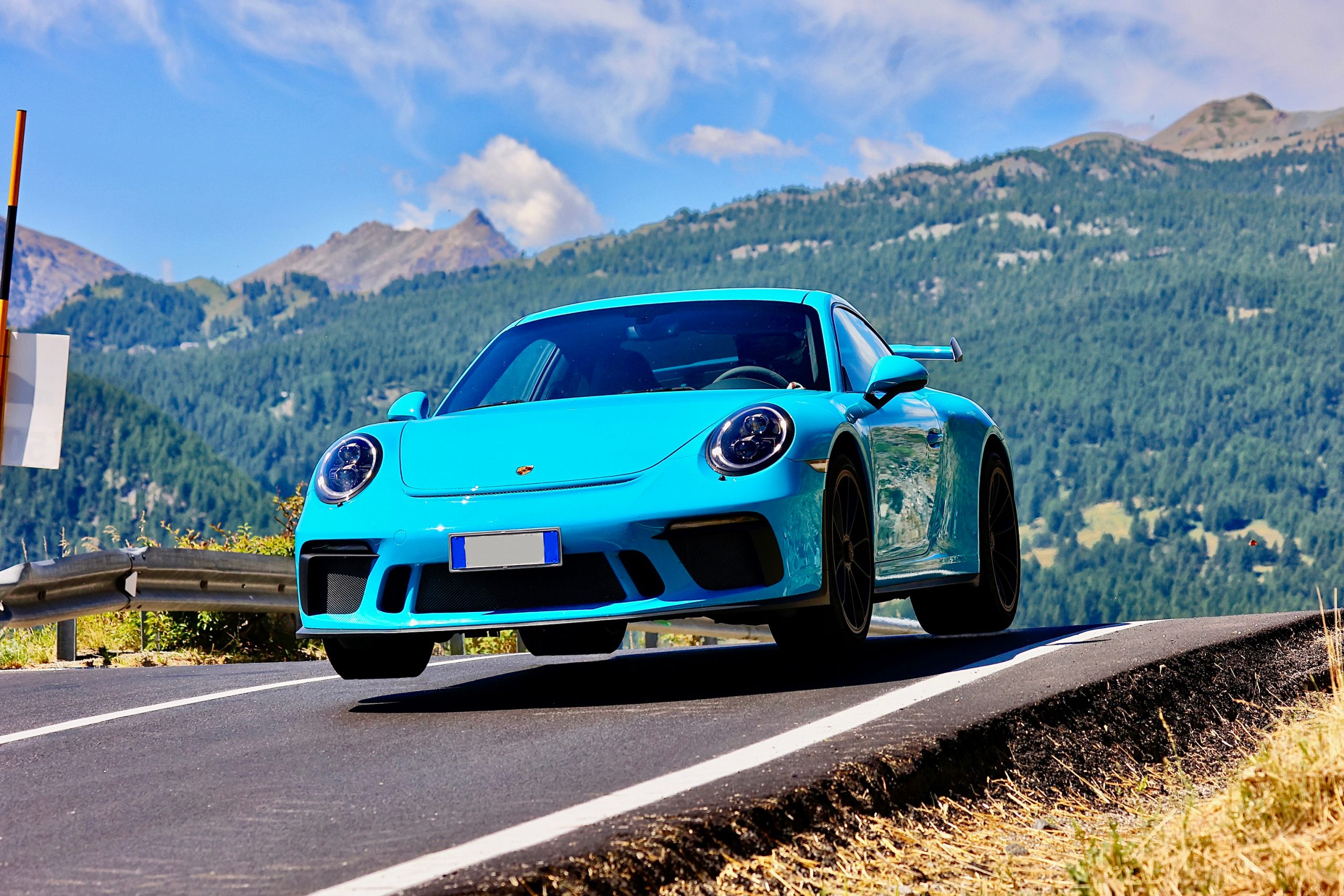 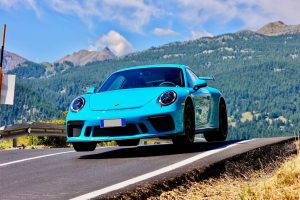 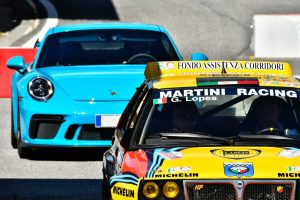 Tests of the Porsche GT3 on Cesana Sestriere

We like to change every now and then. This year, as usual, we took part in the famous HillClimb Race Cesana Sestriere, but instead of using a real racing car, we opted for a pure sports car, the fantastic Porsche Gt3. 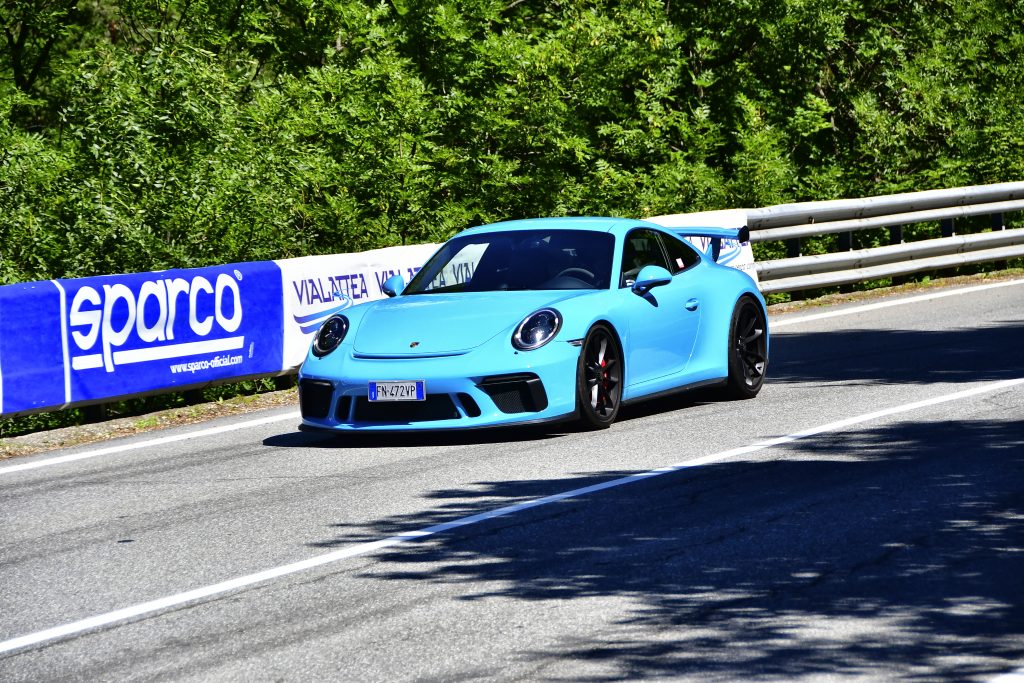 The Porsche 911 GT3 is a high-performance homologation model of the Porsche 911 sports car. It is a line of high-performance models, which began with the 1973 911 Carrera RS. The GT3 has had a successful racing career in the one-make national and regional Porsche Carrera Cup and GT3 Cup Challenge series, as well as the international Porsche Supercup supporting the FIA Formula 1 World Championship.
The car used in the climb has a 4.0 liter engine, 510 hp at 9000 rpm, an incredible sound and a racing car setup.

The first thing that you appreciate in the GT3 is the perfect seat position and alignment with the driving wheel. The driver position is comfortable and permit to concentrate on the driving.

Being a ‘almost’ racing test, first thing to appreciate is the launch control, that permit to leave the start line in a very effective way despite the still cold tyres. The rear tyres are kept by the electronic at the adherence limit to the ground and some skids happens but easy to control. At the first U-turn you understand that the brakes must be pressed with a lot of energy, but they are very effective, and the ABS intervention is very rare on the clean asphalt. The suspensions are very effective and the car does not show any disturbing roll and pitch.

The steering is direct and precise, very effective both on the slow and fast turn. Personally I would have keep a bit more distance, ergonomically speaking, between the gear pads and the other commands (turn lights and wipers). In fact, if you have big hands or wearing gloves the space is not enough.

The suspensions are excellent, in particular on this type of roads, used everyday by the normal traffic, so a bit bumpy and irregular.

The engine is powerful and very effective, specifically at high revs, over 5000 rpm. Personally I prefer to change manually the gears with the paddles shift, and i prefer to do it earlier than the 9000 rpm limit, to preserve a bit the stress on the mechanic. But this is the typical engineers paranoia :-). Sound is beautiful, metallic, very aggressive. And you can reach high speed very quickly.

Despite the test was carried out at high altitude, between 1000 and 2050 m over the sea level, the engine, atmospheric, was still pushing quite good. Of course the turbo version like the Porsche GT2 or Turbo are practically not affected by the altitude.

In conclusion a fantastic car, fast, very fast and pleasant to drive. Very similar to a race car, and very effective. In a timed test I think that can leave behind a lot of race cars.